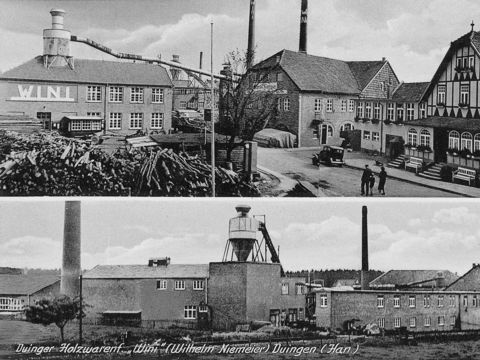 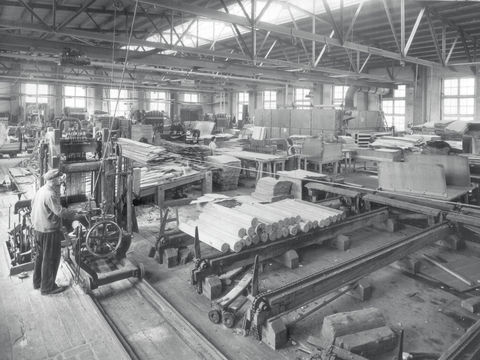 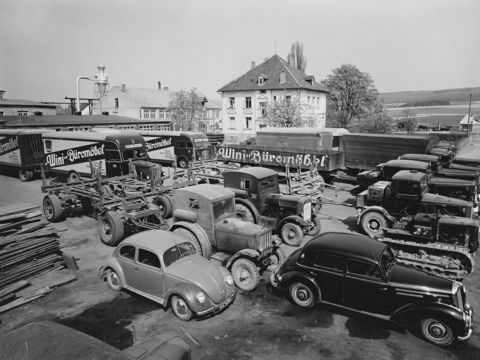 In 2018 WINI is celebrating its 110th birthday. A third-generation, family-owned business, WINI can now look back on a century's tradition in the wood-working trade. The trading origins of WINI Büromöbel go back to the 19th century. In these days a family called Niemeier pursued a wood turner work-shop in Duingen. In 1908 Wilhelm Niemeier (Wi-Ni) started up his own business and extended the firm by investing in "modern" machines and those working with steam-power. After the first World War, the industrial production of school- and office furniture started.

After his return from the First World War, Wilhelm Niemeier extended his firm rapidly. In addition to furniture, special pieces of plywood, block boards and other similar things were also produced. Until the Second World War, branches in Drakenburg, Braunschweig, Weenzen and, of course, Marienau were acquired, so that the WINI-Group temporary grew up to a crew of more than 1600 employees.

Georg Schmidt started as factory manager in Duingen and met Minna, an adopted daughter of the founder and fell in love with her. 1956, Georg Schmidt started up his own business on the old works premises, and breathed new life into the former industrial location. From now on, the firm produced besides music chests and radio cabinets mainly kitchen furniture. As the remaining WINI-Group was in 1967 on the verge of ruin, Georg Schmidt, in the meantime 63 years old, ventured a lucky strike: He bought the well-known name "WINI" and created from the branches of Drakenburg and Marienau the new company WINI, as we still know it today. The location in Marienau quickly began to flourish again. North of the federal road an administrative building and new production halls were built.

Since their accession to the company management in 1985, Carolina Schmidt-Karsch and her husband Hans F. Karsch aspired to connect the company's tradition with new visions and modernisation. Today, WINI belongs to the 100 most innovative medium-sized companies in Germany. With high quality modular product systems, WINI has made a name for itself. For the ergonomically designed office furniture the manufacturer repeatedly earned national and international designing- and innovation awards. Fundamental stimulation for this great development is the WINI corporate culture. 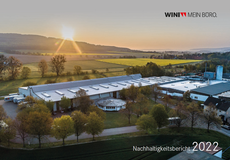 The comprehensive WINI reference work from the areas of ecology, economy and social affairs. 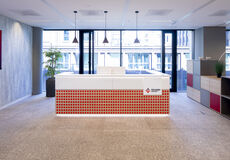 All reference objects in the overview. 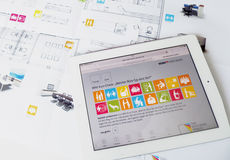 What kind of office type are you? 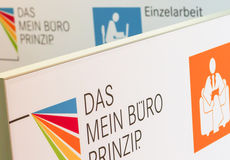 Discover the MY OFFICE PRINCIPLE.

All reference objects in the overview. 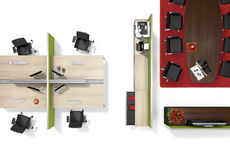 How to put limits to the noise in the office.